Yoga a Hindu thought in practice

Most Hindu texts discuss yoga as a practice to control the senses and ultimately, the mind. The most famous of which is the Bhagavad Gita (dating back to 6th-3rd Century BCE), where Krishna speaks of four types of yoga - bhakti, or devotion; jnana, or knowledge; karma, or action; and dhyana, or concentration (often referred to as raja yoga) - as paths to achieve moksha, the ultimate goal for Hindus. Of the four, the description of dhyana yoga has the most in common with yoga as it is largely understood today. To truly be a yoga practitioner, follow a life style with non-violence, truthfulness, ethical conduct,contentment,self study, and divinity.

Having the mind actively focused upon a single point, with thought and sense activity controlled,

Sitting on a seat, one should practice yoga for purification of the self.

With an aligned body, head, and neck-keeping these steady,without movement;

Focusing the vision toward the tip of one’s nose without looking about in any direction.

Yet, though the yogas are described as four distinct paths, they are all ultimately interdependent, and with the full practice of one, comes the inclusion of the remaining three.

Most importantly, the Bhagavad Gita makes clears that regardless of which path one embarks upon, yoga is an individual journey that requires lifelong dedication, consistent practice, and devotion to God.

References to yoga are found throughout Hindu scripture. The Katha Upanishad, dating back to 800 - 600 BCE, states:

Yama: The firm control of the senses, they regard as Yoga. At that time one gets careful, for, Yoga is acquired and lost.

Svetasvatara Upanishad, 600 - 500 BCE, explains the results or outcomes for one who is steeped in the practice of yoga:

2.12. When the five fold qualities of yoga consisting of the earth, water, fire, air and ether are firmly established in the body, then in that body strengthened by the fire of yoga, there is no place for sickness, old age and death.

2.13 Lightness of being, health, steadiness, improvement in the complexion of the body, perfection in the voice, sweetness of the body odor, slight excretions are said to be the first results of the progress of yoga.

2.14 Just as a mirror shines brightly after it has been cleaned, so does the yogi who has realized the true nature of his soul becomes integrated as one in his body, attains sense of fulfillment and remains free from sorrow.

2.15 Through the real nature of his own soul, as if by a lamp held on the nature of Brahman, when he sees, his own real nature as one who is unborn and completely pure, He is freed from all the fetters at once.

There are as many postures as there are living creatures; and Maheśvara (the great Lord) knows their distinguishing features. Siḍḍha, bhaḍra, simha and paḍma are the four (chief) postures.

The most commonly referenced text on yoga is Patanjali’s Yoga Sutras, dating between 200 BCE - 200 CE, which lays out the definition of yoga in the second sutra: yogas citta vritti nirodhah

Yoga is the stilling of the fluctuations of the mind 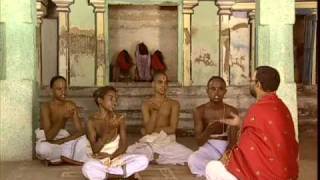 Yoga a Hindu thought in practice

Coping with anxiety and depression